Swanage is a popular seaside town lying at the eastern end of the Isle of Purbeck. It is pleasantly nestled between the Purbeck Hills and enjoys a very agreeable climate with little snow and high sunshine records. The population in 2001 was about 10,000.

It has a great, safe, award winning family-friendly sandy beach, and the architecture is a pleasant mixture of old stone cottages, Victorian/Edwardian buildings and more modern properties. Local Purbeck stone is used in the construction of many of the properties in the area, giving the town considerable charm and character.

Swanage’s main industry today is tourism, having originally been a small port with a stone quarrying and fishing trade. 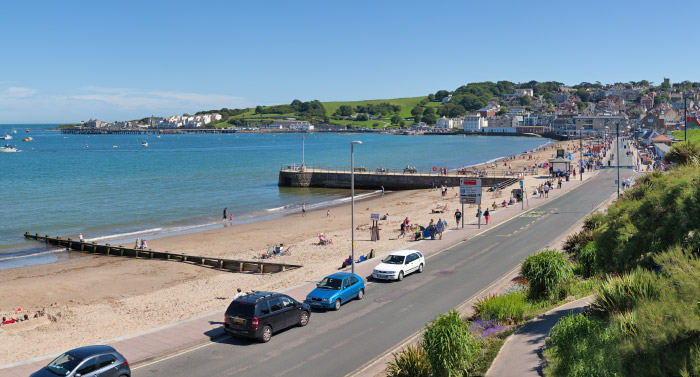 The Bay from downs on the southside 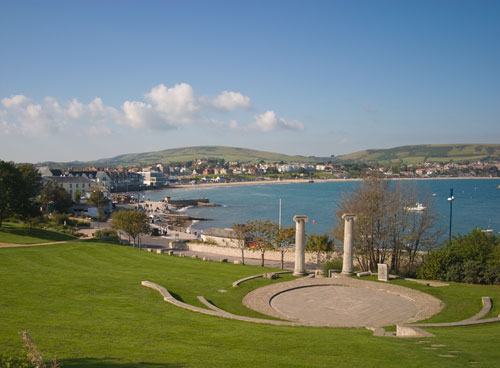 By road Swanage is reached from the M27 motorway and the A31, A35  and A351 roads, via the market town Wareham or alternatively over the Sandbanks chain ferry at Sandbanks, near Poole.

There are regular ‘bus services between Swanage, Poole and Bournemouth which also serve Wareham and the Purbeck villages.

There is a mainline railway station at Wareham (10 miles) which operates between Weymouth and London Waterloo, the service between Wareham and Waterloo taking approximately 2 hours- www.southwesttrains.co.uk .There is also a private steam railway line providing a service between Swanage and Corfe Castle. There are plans to extend this link to Wareham. 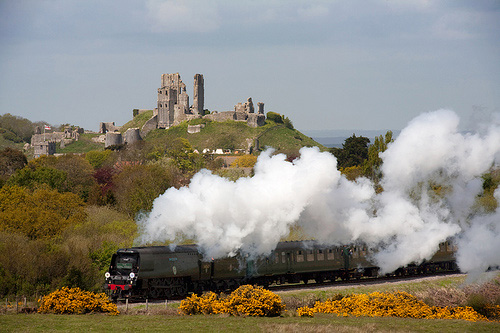 Both Poole and Weymouth operate a ferry service to the Channel Islands and France. www.condorferries.com, www.brittany-ferries.co.uk/Poole

Some shops have early closing on a Thursday. There are old-established local shops, two Supermarkets in the centre of the town and various multiples, including Boots.

St Mary’s Church and the Millpond 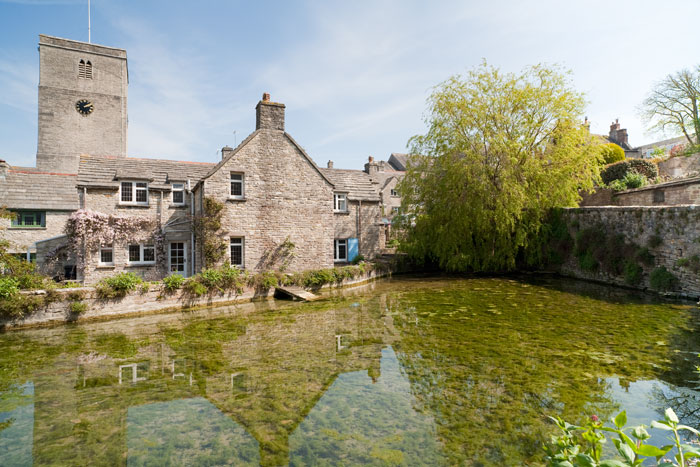 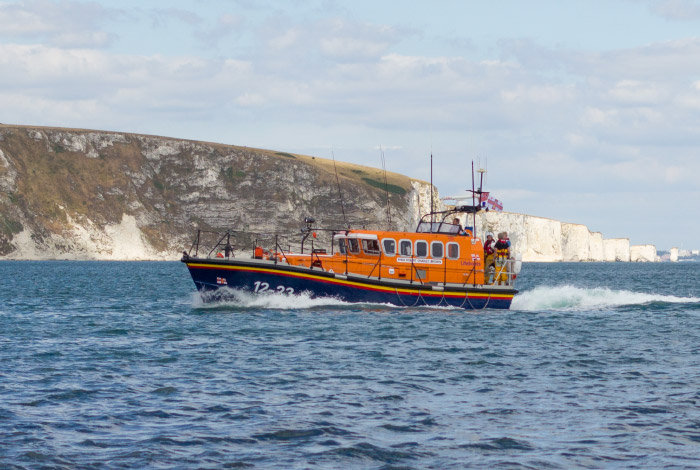 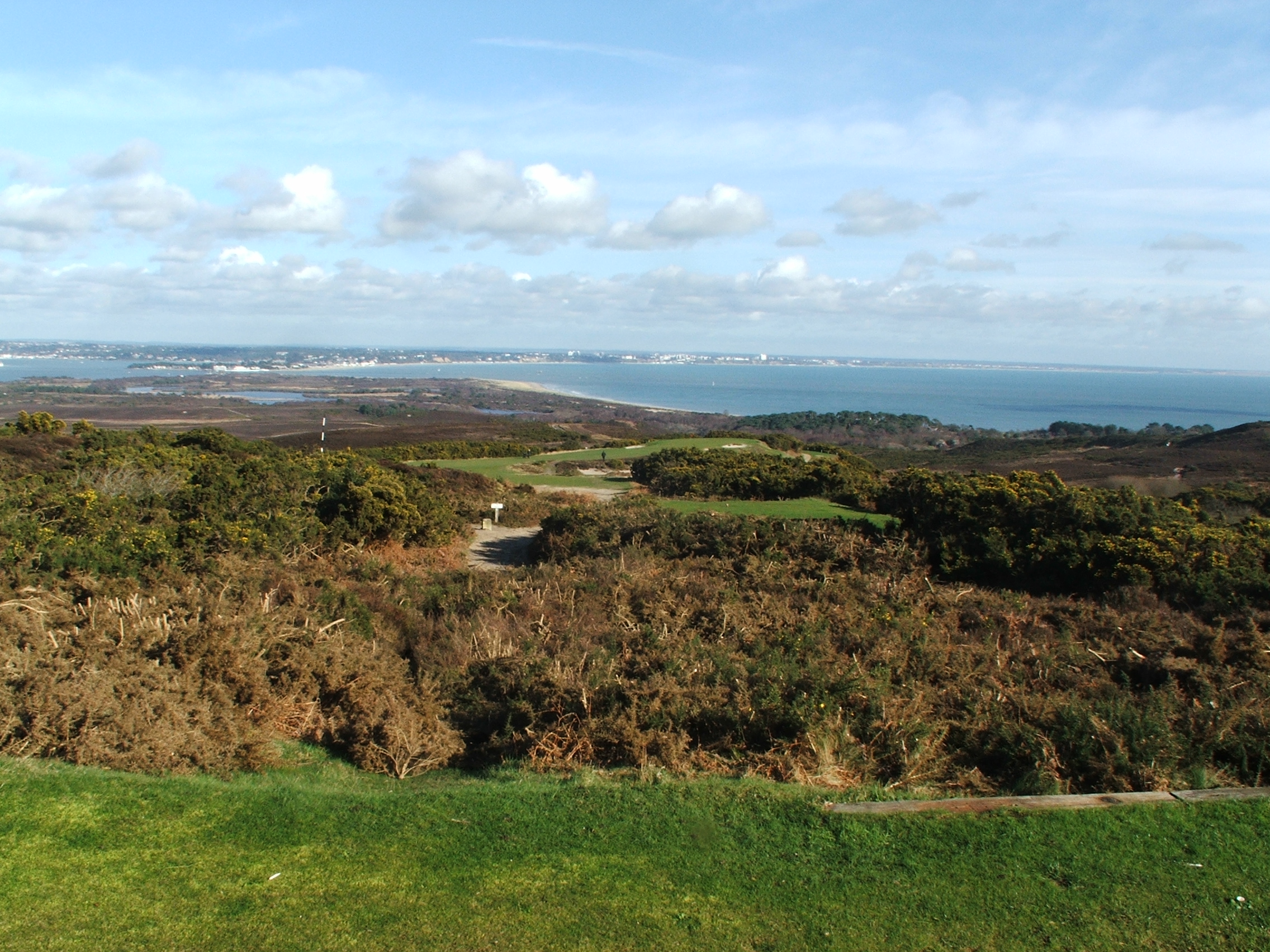 Sailing in the Bay 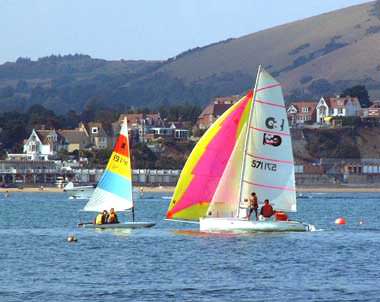 There are many clubs and societies catering for various interests and hobbies.

Swanage hosts a number of annual festivals and events. In the summer months there is a Regatta & Carnival week, usually 1st week of August or thereabouts, which includes a procession of floats, bands and dancers and several firework displays which continue through August. In addition during the summer season, there are separate Jazz, Folk and Blues Festivals.

Schools in Purbeck currently operate as part of a two-tier system. In Swanage there are several primary schools which feed into either the new Swanage School on the edge of the town at Herston in 2014 or The Purbeck School at Wareham. The town has a library in the town centre.

How can we help?

Here you can log in or sign up to the members area of our website. Once logged in you can amend your personal details, add/amend/delete email alerts and access your saved properties. New property alerts are sent to your requested email address at your selected frequency once we publish a new property or a price change takes place.

You can register here!